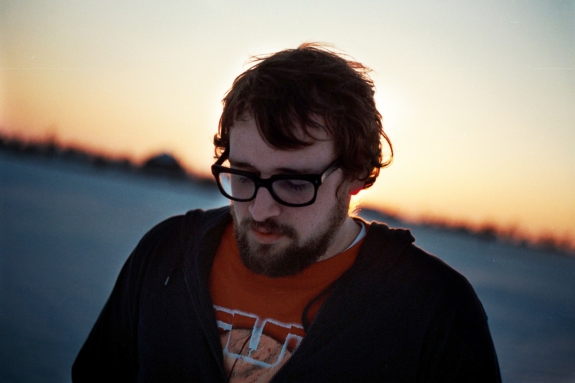 If the name Bro. Stephen sounds familiar to you, it should. Why just last week I reviewed his debut album, Baptist Girls, which in my opinion, should be considered a pillar of fantastic indie-folk for 2012. Okay, I don’t even know if that makes sense, but I’m going to run with it anyway. So, after the review, I immediately asked for an interview and he accepted. In his interview you will find Bro. Stephen to be warm, friendly, causal and humble…Well, you’ll feel like Bro. Stephen is your brother too.


CFM: Where did the name Bro. Stephen come from?

Bro. Stephen: Well, the easy answer is that I liked how it sounds. The longer answer is that growing up, it wasn’t out of the ordinary to hear people referred to as Brother So-and-so or Sister So-and-so due to the fact that my family was a part of a fairly fundamental Protestant community. Using my name would yield obvious connotations which I wanted to stay away from because I wanted Bro. Stephen to be malleable. So, I wanted a name for the band that would allow the liquidity of form and style that using my name wouldn’t allow, but I also wanted something that harkened to the fact that this is the most personal songwriting I’ve ever done. I’ve been called Scott my entire life, but my first name is actually Stephen so, Bro. Stephen is essentially using my name in a personal way that no one would know to use.


CFM: When and how did you become interested in music? How long have you been playing music and writing songs? What was the first song you ever wrote?

Bro Stephen: I grew up in a pretty musical family so music was always a huge part of my life. My Dad was a great trumpet player and my Mom is a really wonderful piano player and they are both great singers. I took to music a little more than my siblings and sang in lots of city choirs, etc growing up. I didn’t pick up the guitar until 17 or so and I taught myself some chords and found out it was a natural way to evolve the horrific poetry I was always writing. I instantly started writing songs and learning a new chord would warrant in my mind a good reason to write a new song. Writing songs was really how I learned how to play. I thankfully have forgotten all of those songs that I wrote back then, but a few people could probably blackmail me with an EP I put out in high school.

I did the straight singer-songwriter thing for a long time, but started a band called Chemic in Louisville which I did for a few years until we broke up in ’09. I started Bro. Stephen in December of ’08 on a night when I just felt the bug to write some songs. By the time the night ended, I had written 6 songs. They all didn’t survive, but one of them ended up on Baptist Girls (“Shepherd’s Cane) and another is a bonus track on the vinyl (“Fix Your Grip”).


CFM: I read that you are a preacher’s son. Has that had any influence on your music?

Bro. Stephen: My Dad is no longer behind the pulpit actually, but it definitely had a huge affect on my life and thus, my songwriting. The lens through which I intake the world around me is definitely colored by my past, but that’s not to say it is the only thing that colors it. My understanding of faith has definitely changed over the years and it continues to get more and more complicated, but I think there are a lot of beautiful and powerful concepts that come from the church and that shows up in really abstract ways in my writing I think.


CFM: I also read that you recorded most of Baptist Girls in a converted chicken coop. What was that like? What was the whole creative and music-making process like while recording the album? Why did it take two years to make?

Bro. Stephen: It was pretty great. It was in this little town in Warsaw, IN and Mike Adams’s grandparent’s house. Him, Adam Jessup (the engineer) and I holed up in that barn for 3 or 4 days and just tried a million different things. We finished all of the basic tracks for all of the songs, but ran out of time so we put the details in over the course of the next 18 months or so.

The short answer on why it took so long is a total lack of money. The long answer is that I’m a bit of a wanderer and didn’t live in Bloomington at the time. Mike is a super busy guy and I had a lot of other stuff going on too so we just got together when we could, but I also moved around a few times. I’ve found that, for me, things like that will take either a week or 2 years. I have trouble being disciplined enough to do anything in the middle.


CFM: Describe Baptist Girls. Is there a theme? What are the songs about? Are there any you like more or is more personal than others? Why?

Bro. Stephen: I don’t know if I’d say there was a theme or general meanings, but it was more about me wanting to take a new approach to songwriting. Sonically, what was most important to me was figuring out a way to make music that sounded like how I was feeling. I really tried to capture this feeling of longing and being incomplete but also finding contentment in that. It’s obviously a little hard to explain, but I know it when I hear it. Mike did a lot of the ambient noise on the record which definitely elevates the songs as well.

Lyrically, I really wanted to stay away from any general speak. I wanted everything to be really specific. I feel a little pretentious talking about this kind of stuff, but I don’t mean it to be. Song writing means so much to me and the whole point of Bro. Stephen was for me to really explore new ideas and ways to express myself in the best way possible. The music I make in Bro. Stephen is first and foremost for my own well being, for me to better understand what I’m thinking and feeling. The best songs are the ones that really capture me thinking out loud and figuring things out. If other people appreciate it, then that is amazing and I think speaks to our collective struggles and connection, but it’s all personal for me. Even if a song is technically about someone else’s story, it is really me working through things. To me, the profound truths in life are often found in the searching, and sometimes the answers are the questioning. That sounds stupid, I know, but I can’t get around it.


CFM: What musicians do you admire? Who are you listening to now? Just in case my readers missed your guest post on Slowcoustic, are there any musicians/singer-songwriters we should be listening to?

Bro. Stephen: Man, this is a long list. On Slowcoustic I wrote about 4 songwriters who I think are doing great work: John Davey, Molly Parden, Laura Balke, and Kalispell (Shane Leonard), but that’s definitely a narrow list. I don’t get the chance to listen to a lot of new bands so a lot of the musicians I truly love are people I’ve come into contact with through playing music in the Midwest.

I truly think that Elephant Micah is one of the greatest songwriters of all time, and my label-mate Frank Schweikhardt can break me down emotionally with his songs in the best way. I have no understanding of how to be cool or what is cool so I just really appreciate music that connects with how I’m feeling. Some other records/artists that have done that for me in the past few years would be the following:

There are a lot of others, but one thing that really inspires me more than anything are the people who make music around me. There are so many great bands from Louisville and Bloomington that it’s truly exciting to be a part of things around here.


CFM: When you’re not writing, traveling/touring, or recording what are you doing?

Bro. Stephen: And what time would that be?!

No, actually, I spend a lot of time reading (lots of comics and novels) and watching movies. Also, I tend the bar at a great restaurant here in Louisville called Rye which is actually really exciting for me because that’s something that’s pretty important to me. I try to spend time with my friends obviously as I would be endlessly bummed out without them. Other than that, I try to write all the time. I’m usually in the middle of 3 or 4 songs at any given time and so so so much of my time is spent trying to book tours and get the word out about the music. It’s an intense job just trying to do that.


CFM: What are your future plans? What can we expect after Baptist Girls is released?

Bro. Stephen: I’m not as forward thinking as I should be, but I’ve been trying to figure this out. After the record comes out I’ll be going on tour for a little while to promote it. It’ll be all over the Midwest and then I’ll be heading down to the black abyss of SXSW to hopefully catch a few ears (so if anyone knows of any shows that need some Bro. Stephen, let me know!).