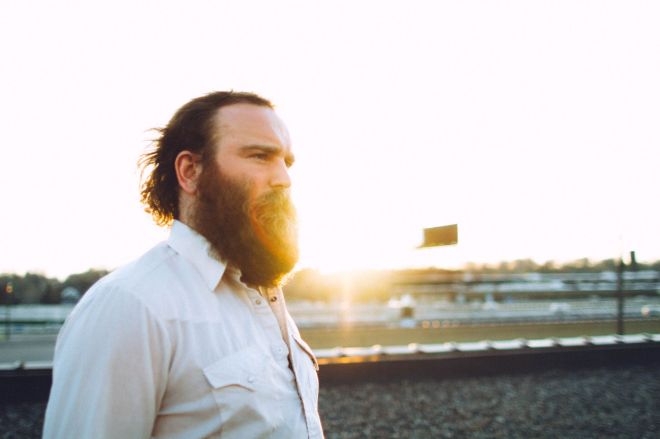 As part of a series called “Remembering Jason Molina,” I’m collecting stories about Jason and his impact on songwriters, musicians, and music writers. These are all individual tributes, on how Jason has affected their music, their perception of music, or just anecdotes on meeting him or seeing him live. Each story is being posted to surround and promote the new album Farewell Transmission: The Music of Jason Molina, which not only celebrates Jason’s music, but will also help the Molina family and MusiCares with its proceeds.

Lately, I’ve been very lax posting to the site. It’s not that I don’t want to post, it’s just the day job. If I could find a way to make money doing what I love, I’d quit my job in a heartbeat. So, I’ve finally found the time to post Gabriel Douglas’ tribute. A songwriter and prolific collaborator within the Minneapolis music community, Gabriel contributed his mournful rendition of “The Dark Don’t Hide It” to the album. Gabriel took Jason’s more up-tempo original and turned it into a heavy composition with the intention of slowly uncovering the honesty written by Jason while creating a sombre atmosphere. It’s actually best to listen to Gabriel’s version while reading his tribute. I promise, it’ll all come together then.

I encountered Songs: Ohia in early 2004 as I was in the midst of college. Many nights were spent working on projects or out at bonfires with those songs jangling around. A good number of nights were spent with Jason’s songs & Lake Superior.

A lot of the songs still meander in & out of my driving playlists as I’m out touring. He’s got a lot of great songs that go with windshield gazing, especially at dusk or counting headlights on the overnight. Magnolia Electric Co. landed in my lap from a friend living in the Pacific Northwest a handful of years ago. “The Dark Don’t Hide It” completely knocked me off my feet. I’ve always enjoyed the coming clean, the calling a spade a spade, even the sneer that comes through many of his songs. Letting the unflattering moments get just as much time as the gems, is something I took from his music. Raw & refreshing is how his works came into my life.

He encapsulated the songwriter that can bring his songs & thoughts to a whisper, just him & a guitar, and then he can bring the next song to a full, expanding cavalcade of steel guitars, stacked vocals, & still the heartfelt undertones in every stanza, every outro, every break in his voice.He had a great grasp on bringing me into moments. My songs became more confident with being unfalteringly honest, keeping songs heated & bedded in the moments when the songs came to fruition after listening to his music. To let those experiences, good & bad, hopeful & frustrating, be a part of the music you create.